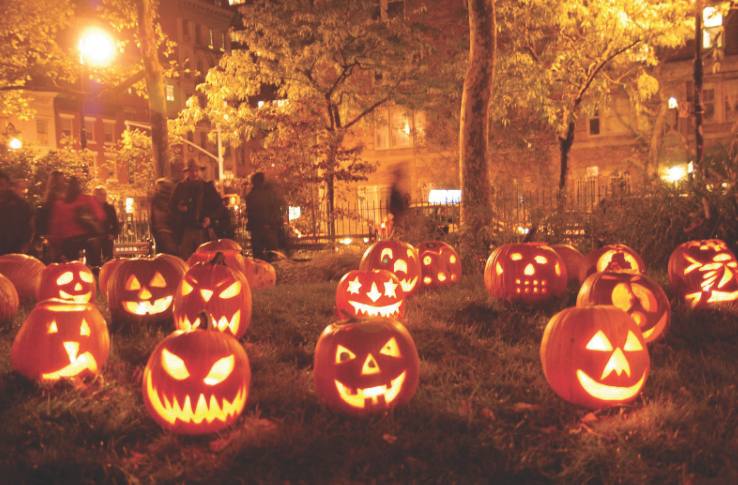 The word Halloween was first used in the 16th century and represents a Scottish variant of the fuller All-Hallows’-Even (‘evening’), that is, the night before All Hallows’ Day.

Halloween or Hallowe’en is a yearly holiday held on October 31. According to some scholars, it was originally influenced by festivals of the dead with posible Celtic roots. They celebrated November 1st as ther New Year. They believed that the souls of the dead could go out from the graveyards. If people did not accept spirits demands, they could be victims of spells. Here started the tradition of ‘Trick or Treat’. In order to avoid it, people decorated their houses with bones and skulls so dead spirits go away. Here started the tradition of costumes and decorating the house.

Others maintain that Halloween celebration has Christian roots.In the eighth century, November 1 was designated as a time to honor all saints and martyrs and it incorporated some of the Celtic traditions.

The tradition of carving pumpkins for Halloween decorations originated from the ancient Irish story of “Stingy Jack”, who tricked the devil into promising that he would not take Jack’s soul to hell when he died.  Upon his death, Jack was unable to enter heaven due to the life of cruelty that he had led, and was also unable to enter hell due to the devil’s promise.  Cursed forever to walk in the darkness between heaven and hell, Jack took an ember from hell that the devil gave him and placed it inside a hollowed-out turnip to use as a lamp.  Thus was born the “Jack-o-Lantern”.